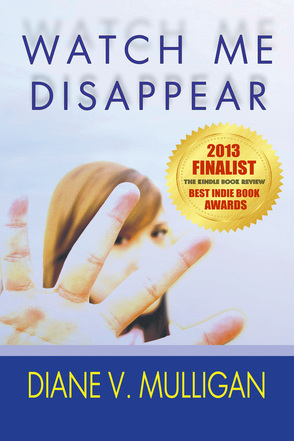 Lizzie knows it isn’t right to eavesdrop, but is it really eavesdropping if her neighbor Maura makes all of her phone calls on her parents’ pool deck in easy earshot of Lizzie’s backyard? And of course it’s wrong to go snooping around on someone else’s computer, but is it Lizzie’s fault that Maura keeps her computer turned on (and logged in to Facebook) all the time?

Lizzie Richard’s father has moved the family around every few years to advance his career, so she has never had a chance to develop the kind of “BFF” relationships she thinks most kids have.  She’s bracing herself for another lonely year at her third high school when her new neighbor Maura gets sick of watching her little brother when she could be partying. Thanks to Maura’s plotting, Lizzie becomes everyone’s new favorite babysitter. Seeing her opportunity, Lizzie breaks her strict parents’ rules and
uses Maura’s computer to create a secret Email address and Facebook account. She is quickly friended by Missy, a fellow transfer student as eager for a friend as she is. Things are looking up for Lizzie until Maura’s ex-boyfriend Paul sets his eye on Missy. Caught between her new best friend and the neighbor whose friendship promises instant popularity, Lizzie doesn’t know what to do—because
she’s fallen for Paul, too.

-currently a Kindle Select Book available as an ebook and paperback via Amazon.
http://www.amazon.com/Watch-Me-Disappear-ebook/dp/B008XM0MC8/ref=sr_1_1?ie=UTF8&qid=1382305099&sr=8-1&keywords=watch+me+disappear 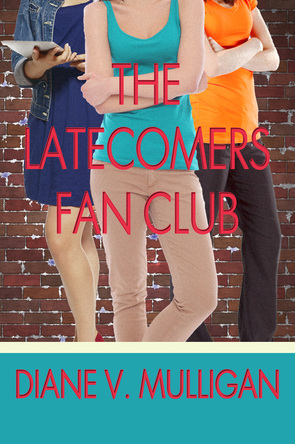 What is it about guys with guitars in their hands that makes them so irresistible, even when they are obviously self-centered jerks? If Abby and Maggie could answer that question, maybe they could finally get over Nathaniel. There’s just something about him when he picks up his guitar and gets behind the microphone, something that makes sensible women act like teenyboppers instead of rational, self-respecting adults.

Abby was first sucked in by Nathaniel’s rock ’n roll swagger four years ago when a drunken fling turned into a series of drunken hook-ups that became something like a relationship. Now, as New Year’s Eve promises a fresh start, she wants to believe he’s finally going to grow up and take their relationship seriously.

What does Nathaniel hope the New Year will bring? An escape from the disappointing realities of his life. He’s thirty-four years old and he’s barely making ends meet as an adjunct philosophy professor, which was always only a backup plan anyway. Nathaniel's real goal was always to make his living as a musician, but his band, The Latecomers, broke up a couple of years ago, and he hasn’t picked up his guitar in months. When he decides to spend the holiday with some high school friends instead of hanging out at the bar where Abby works, he gets the happy surprise of reuniting with his long-lost friend Maggie. Newly divorced, Maggie has just moved back to her mother’s house to regroup.

Nathaniel and Maggie were supposed to be the ones who left Worcester forever to conquer the world. He was going to be a rock star. She was going to take the world of art by storm. He’s never gotten farther than Boston, and her best efforts only left her broke and heartbroken. As they ring in the New Year together, Nathaniel decides it’s time to take control of his life and to start making his dreams come true. He thinks the first step will be easy. All he needs to do is break up with Abby and finally admit his feelings for Maggie. But the New Year has more surprises in store, and nothing is ever as simple as it seems.

-will be released on November 1 at all major retailers and in paperback via Amazon. Currently available for preorder.