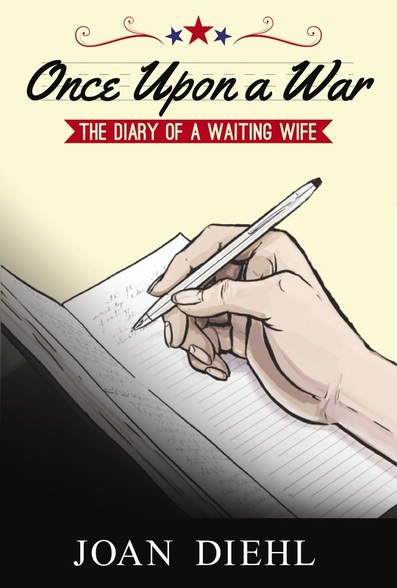 Once Upon a War - The Diary of a Waiting Wife

Once upon a war, in the Kansas town of Salina, there existed a thriving community called Schilling Manor. Throughout the Vietnam War, thousands of families waited there for loved ones to return home. My family was among them.

During that traumatic period, I kept a diary. The first entry was dated January 24, 1968. My husband, Glen, and I had just arrived in Salina. Glen, an Air Force captain, had orders for Vietnam, leaving me solely responsible for our five young children. We had been living in a civilian community while Glen was earning a degree in aerospace engineering at Texas A&M University. Rather than remain in a neighborhood where fathers come home at night, I chose to live in Schilling Manor. Not only could I count on military support during Glen's long absence, we would be near relatives in Topeka, where we grew up.

Diary entries refer to the daily struggles of “single” moms, as well as political turmoil, assassinations, Vietcong attacks, and media gloom and doom. Anecdotes, many involving “Feller,” our 3 1/2-year-old son, either lightened or added to life’s difficulties during an era when denigration of the military was prevalent.

Almost every day brought a new challenge. Illness, frustration and exhaustion became the norm. Days, especially weekends, would not pass quickly enough, as the waiting seemed endless. However, community involvement and friendship with other waiting wives helped me throughout the sixteen months I called Schilling Manor home. There has never been another community like it.