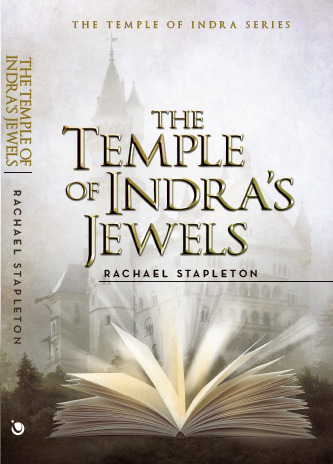 Sophia Marcil awakens from a snorkeling accident in the Lérins Islands to find herself in the chambers—and the body—of a nineteenth-century princess. In a confused state and with no idea of
her whereabouts, Sophia embarks on a desperate quest for answers, hoping she can find her way back to her fiancé, Nick, and her true identity. After she finds a diary in an antique desk, Sophia follows  a clue that leads her to a questionable alchemist, who relays the history and magic of the mysterious amethyst she inherited from her great-grandmother—the only possession that made the leap through time with her and perhaps the only thing that can prevent her from becoming a pawn in a murderous plot for the throne. Using her inheritance, Sophia races through time to the twenty-first century to solve the mystery of her family’s past. But once she is there, she unearths a dire warning about a curse that clings to her heirloom, leading her down a dangerous path that involves two men from different times and ultimately puts her life at risk.

In this tale of obsession, greed, and passion, a woman on a journey through time struggles to regain a
family heirloom and control its magic, hoping to break the curse before it breaks her.