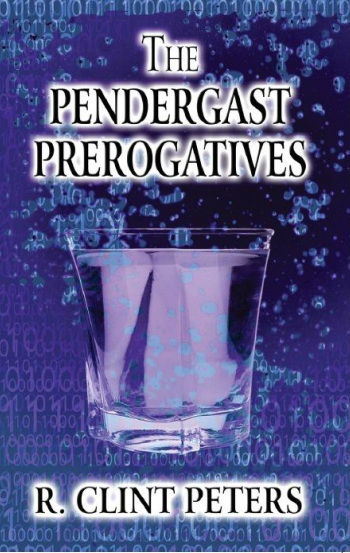 John Pendergast, the author of a complex banking security program, had been involved in tragedy.  His answer was to drink his memories into oblivion.  But now, he was being asked to prevent the
collapse of the world's banking industry.  And sober up at the same time.  Can he do both?

What is the working title of your book?
The Pendergast Prerogatives

Where did the idea come from for the book?
About twenty years ago,  I got an idea for an incident set in the last days of the Korean Conflict.
That idea eventually became "The Pendergast Suppositions”, the fourth book in the series.  Between book 1and book 4, new ideas flowed, and "The Pendergast Solution" and "The Pendergast Alternatives" were written.  After book 4 was finally down on paper (or in my document files), I started writing the fifth book of the series, "The Troubles With Arsenic".

What genre does your book fall under?
Adventure, perhaps Crime

Which actors would you choose to play your characters in a movie rendition?
I would like either Tom Selleck or John Travolta to play one of my characters.

What is the one-sentence synopsis of your book?
John Pendergast, the creator of a banking software program called The Prerogatives, has been
asked to save the banking industry and sober up at the same time but will he be able to do both?

Is your book self-published, published or represented by an agency?
It is no longer published or represented by anyone.  I was able to purchase the publishing rights back, and it is being completely re-edited.  The previous publishing house missed out on a good deal when they refused to sell any of my books.  I do not suggest anyone purchase any of the Pendergast  series until I get the rights restored to me, and can re-write the other 3 novels.

How long did it take you to write the first draft of your manuscript?
About six months,  although in hindsight, I wish it had taken longer, or at least the length of time needed to do a proper edit and properly research publishers.

What other books or authors would you compare this story to within your genre?
I like the works of Tom Clancy.

Who or What inspired you to write this book?
The biggest inspiration was my years in the computer industry, and the time spent on the Internet.  I have incorporated computers and the Internet into the book.  In some cases, especially for the members of my family who tried to read the novel, I put too much Internet into the plot.  As one reader said:  I really like your book, but I didn’t understand much of it.

What else about your book might pique the reader’s interest?
I try  to make the locations in all my novels as accurate as possible, except for Pendergast City, in Idaho, which I created out of thin air. Google Maps comes in really handy for finding things.