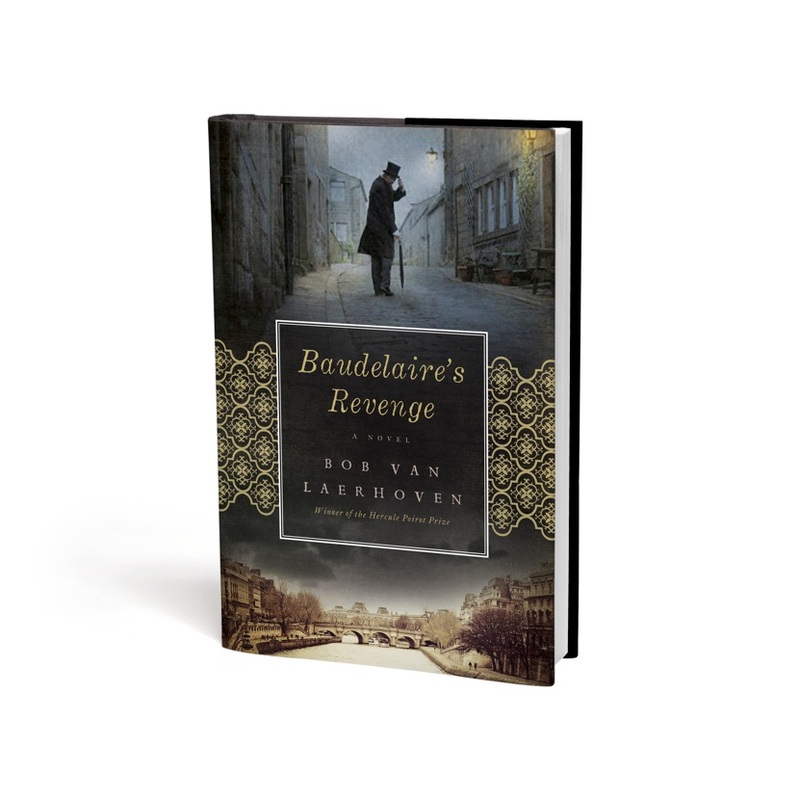 Do you write under a pen name?  If ‘yes’, what is your pen name?
No. I’m aware of the fact that for Anglophones “Bob Van Laerhoven” is nearly unpronounceable, but since it’s my name, so be it.

Who or What inspired you to write this book?
When I was 18 I read – in French, not my mother tongue which is Flemish/Dutch – “The Flowers of Evil” from the famous French poet Baudelaire. I was flabbergasted by this collection of poems and wanted to know  more about the “poète maudit” (damned poet) Baudelaire. And so, 35 years later,
in 2007, I published “De Wraak van Baudelaire” in the Netherlands  and Belgium, which won me the Hercule  Poirot Prize for the best suspense novel of the year. The French translation “La Vengeance de Baudelaire” is published with great success in the French speaking parts of Canada and in
France. In 2014 the English translation will be published in the States.

Do you have other published works?
In my home country Belgium and in The Netherlands I’ve published (tradpub) more than 35 books. But don’t forget that I’m already a fulltime author for 22 years and that I turned 60 (yikes!) in August 2013.

Which actors would you choose to play your characters in a movie rendition?
For the main character, the bulky and weathered commissioner André Lefèvre, Mickey Rourke would be an excellent choice.

What is the one or two-sentence synopsis of your book?
Excessive social injustice leads ultimately to hate, uprising and even civil war.

Is your book self-published, or published and/or represented by an agency?
The Literary Agency William Clark & Associates in New  York represents the rights for “Baudelaire’s Revenge”, not only in English but in other languages as well. Italian and Russian translations are under way. Pegasus Books publishes in 2014 the novel in the US.

How long did it take you to write the first draft of your manuscript?
About ten months. But it took me many more months to edit/edit/edit.

What other books or authors would you compare this story to within your genre?
In The Netherlands and Belgium, “Baudelaire’s Revenge” has been compared – and not at all unfavorably I may add - with the world bestseller “Perfume” by Patrick Susskind. Both novels have a very different story but do possess an enigmatic, somber and tantalizing atmosphere.

What else about your book might pique the reader’s interest?
Everyone who is interested in French history will find a nice tableau of historical facts about Paris and its inhabitants in the nineteenth century, but also of the arts and literature of that era. And on top of it: it’s a very thrilling story, also daring and bold in the sexual mores, which were very different from those of our time.

Where can we find your work? (Ex:  Website links, blog links, publishers links)
For the time being my work is being showcased on my website in three languages: Dutch, French, English. Click on NL/FR/EN on the left hand upper corner