Kindreds:  An Alliance of Bloods 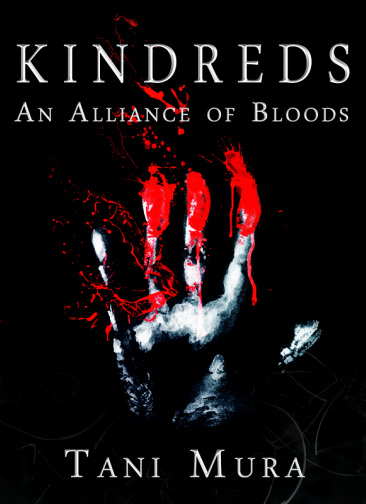 Raine has just turned twenty. It is the age of adulthood, the age of initiation, in her village the Outer Rims. For a long time, Raine thought her existence would forever be confined to the walls that surround the Outer Rims. She will live and die without ever overcoming her struggle to prove herself as the only woman Askari – or soldier – in the Rims. She will never know the quickening of her heart as a man touches her face, and she will never know the comfort of a mother’s embrace.

But that was before they came for her, whisking her away to an unknown world – a kingdom where the people are segregated by blood and race, where the minds of soldiers are affected by brainwashing
and mind control, where the three-blooded King is worshiped as God. The segregation law divides the kingdom into three races, and the mixing of blood is a sin punishable only by death. Here, Raine is
exposed to both the highest potential and the deepest perversions of the human mind. She is
introduced to technologies she has never seen before, and discovers the existence of genetic experiments she feels should never exist.

Amid all this, Raine learns a secret about herself – a secret that both endangers her life and elevates her to an important position within the Resistance that fights the prevailing system of rule. Raine must struggle with questions of blood and identity, of love and hatred, as she and her friends fight for the future of a kingdom she never even knew existed.

In process:  Kindreds: A Kindled Flame (Book 2 of the Kindreds series)